A college in the heart of the city

City of Glasgow College supports up to 30,000 students and 1,400 staff based at its twin site campus: Riverside and City. Prior to applying for funding from Cycling Scotland, City of Glasgow College had already pursued an agenda for improving cycling facilities - their state-of-the-art City campus already had an internal cycle store built in which accommodates more than 250 bikes, and at Riverside covered external cycle racks were installed and protected by CCTV, which accommodate more than 200 bikes. Cycling has been an integral part of the college’s Green Travel Plan since 2012. In order to attract more staff and students to cycle its cycling facilities were improved further by providing lockers, tools, drying cabinets and D-locks. 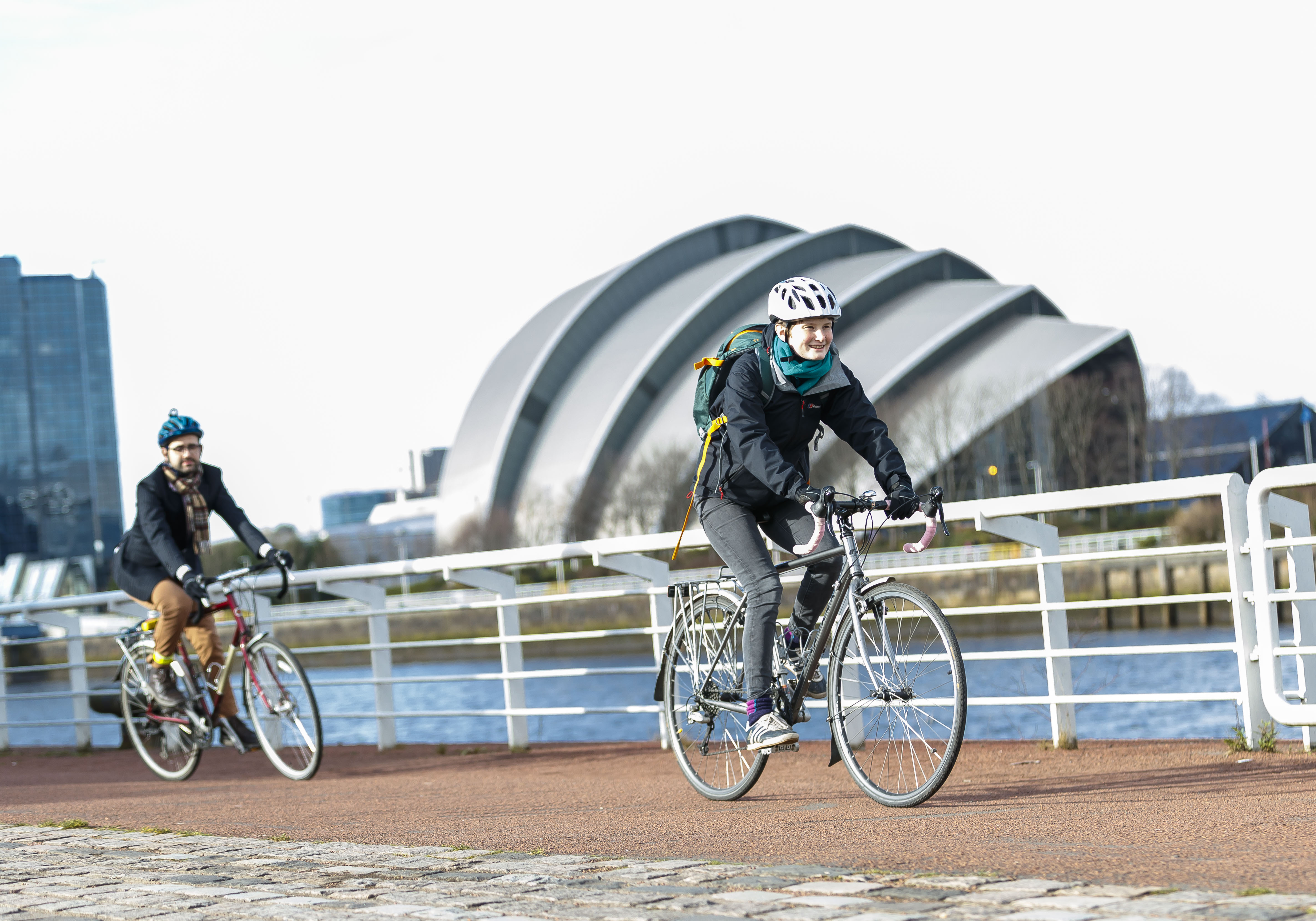 The college identified that not all users locked their bikes with good quality D-locks and on some occasions users didn’t lock their bikes at all, making them more prone to theft. In order to improve this the college purchased D-locks for loan to their students, however at Riverside the feedback from users was they would feel more comfortable parking their bikes in a secure cycle shelter. This issue was identified by the former Campus Cycling Officer, part of our Transport Scotland-funded internship scheme which embeds officers at educational institutions and supports campuses to become Cycling Friendly.

In November 2018, City of Glasgow College received funding of £24,000 to install a secure, protected cycle storage unit at its Riverside campus, with a bike maintenance stand, tools and pump, and has run 'Fix Your Own Bike' training sessions for students. After the new facilities were installed, around 30-40 bikes used it daily and current Campus Cycling Officer, Olga Sanchez, describes it as giving ‘peace of mind to people who bring in their bikes’. Ongoing promotion is reaching more people, with Olga confirming a change in perception of safety because of the cycle storage unit. 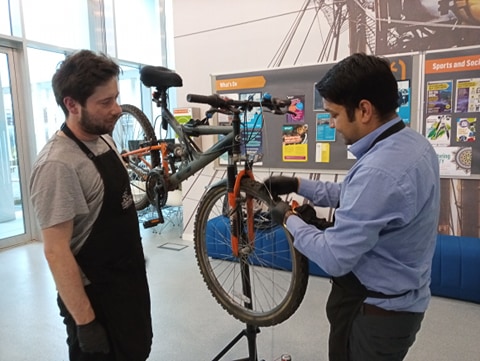 The fund has also acted as a catalyst for several other cycling projects. The college recently launched their eBike loan scheme for staff which has attracted a lot of interest, and without secure storage this project would not have been possible. Raised awareness of cycling on campus is evident with an increase in the pool bike scheme for staff, new bikes being added due to demand, with plans to extend the scheme to benefit students.

The promotion of cycling across both campuses reflects the principles of City of Glasgow College’s Green Travel Plan. Its Environmental Sustainability Working Group organises travel surveys, develops plans to make its twin site campus more sustainable, and is responsible for the electric vehicle fleet and launching the eBike scheme. Campus Cycling Officer, Olga Sanchez, works across several different departments, including the Mental Health & Wellbeing teams, to promote cycling on campus, and students communicate through an online platform promoted by Olga to discuss related topics.

Looking to the future

City of Glasgow College is working towards achieving its Cycling Friendly Campus award. With active travel projected to become ever more important in a Covid-19 era, the colleges continues its ongoing commitment to enabling more staff and students to opt for cycling as a mode of transport that is safe and healthy.