With a student body of 15,000 and a community of 130 different nationalities, students from across the UK and from around the world come to study at the University of Aberdeen at its three city campuses.

Despite offering good facilities to cyclists, the University found that there were still some barriers in getting more people to cycle. One of the major issues was making people aware that the facilities were available: the University would often speak to students coming to the end of their degree who had only just become aware there were places they could have locked their bike or shower facilities that could have used. University accommodation didn’t provide space for tools or dedicated areas to maintain bikes and were keen to overcome this.

In December 2018 the University applied to the Cycling Friendly Campus development fund and were awarded £12,000 to install signs across the campus to direct students to facilities, to install a “bike port” in key, high-traffic locations, to purchase bike maintenance toolkits and to deliver five inclusive cycle training sessions. Through funding from Cycling Scotland, the University also embedded in their team a dedicated Campus Cycling Officer who worked to ensure active travel was a key priority for the University. 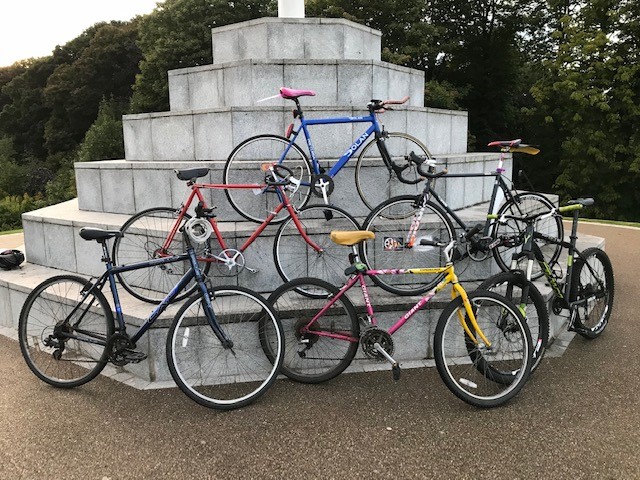 The lead cycle rides and workshop sessions attracted new and existing bike riders, with attendance ranging from five to 25 people. According to Christopher Osbeck, Transport & Waste Manager from the Estates Team, “the mix of abilities really helped as experienced cyclists befriend new/returning cyclists which helped with knowledge exchange. It’s largely anecdotal but we have seen improvements in the confidence and mental wellbeing of students who’ve engaged in our events (particularly our lead cycle rides and workshop sessions) through increased riding confidence and increased friend networks gained through the events.”

A culture of support

The funding has “helped strengthen the network of cyclists within the University and improved knowledge exchange between experienced and inexperienced cyclists. It has helped nurture a culture in which students engage with people from different year groups and courses, helping to maintain a sharing of experience in subsequent years.” The new bike port has been in heavy use since its installation, equating to around 18 additional bikes a day with over 50 people benefitting from the confidence building sessions.

Looking to the future

Going forward, the University plans to continue its promotion of the facilities to students, recognising that there’s still work to do on spreading the word that facilities are available and reaching out to more women and people who might be experiencing transport poverty.

Speaking of the help the University have received, Christopher said “Cycling Scotland has been a massive help: supporting us with a Campus Cycling Officer, providing advice and funding to improve our services and infrastructure for cyclists and giving insights into how other organisations are improving facilities for cyclists. We are very grateful for the support Cycling Scotland have provided.” 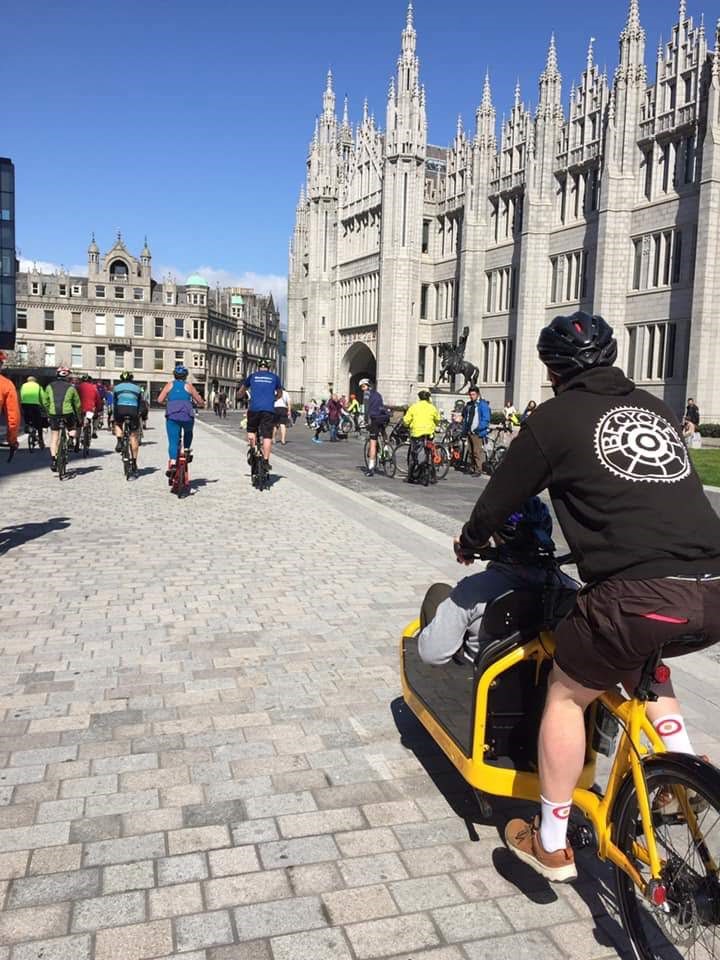 The University has been working hard not just at making it possible for people to get on their bikes for but for all students to get around easier. In applying for the funding, Kevin Mathew, the University’s Campus Cycling Officer who won the most enterprising environmental intern at the 2019 Environmental Placement Programme Awards said “we firmly believe that better cycling infrastructure leads to a better and more inclusive society.

"A university student and wheelchair user pointed out to me that increased cycling infrastructure means that it is also easier for her to travel and increases her independence and mobility within campus. We want to promote cycling on campus, not just for cyclists, but for everyone, pedestrians and disability equipment users: making us not only a cycling friendly campus but people friendly one too.”