Using bikes to help refugees and asylum seekers make their homes in a new country.

In 2018/19 Cycling Scotland offered just under £20,000 to Bikes for Refugees (Scotland) for a range of infrastructure developments including the refurbishment of a bike workshop, a bike shelter, an e-cargo bike for the transportation of goods and resources, sessional work and a training budget to assist refugees in taking up cycling. The funding has allowed Bikes for Refugees (Scotland) to develop their base from a workshop to a cycle hub where they can repair bikes, welcome families, and distribute bikes. 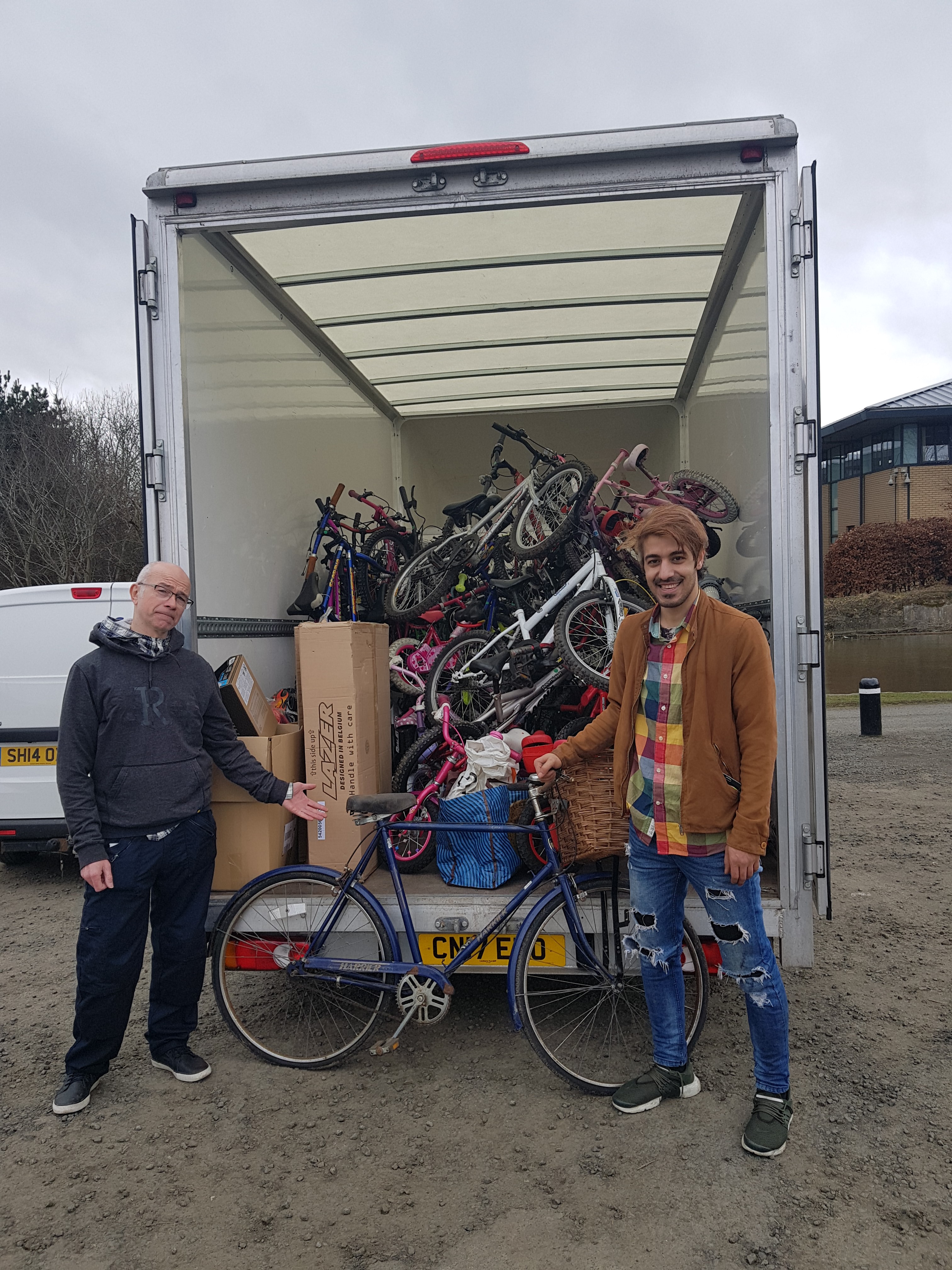 Having been in operation since 2016, the impact they’ve had in such a short amount of time has been huge, upcycling and handing out over 1,000 bikes. The funding has helped them double their monthly Edinburgh output from an average of 15 to 30 bikes per month. This has helped decrease social isolation and the economic barrier of public transport, allowing ‘New Scots’ the chance to attend meetings, meet new people and access essential services.

Zozan, an asylum seeker, received a bike and describes the positive impact it has:

“The bike provides me with mobility and easy access to all parts of the city without being dependent buying expensive bus tickets. If you are an asylum seeker you are not allowed to work and have an allowance of just over five pounds a day. It is also very important for personal health. When you don’t have time or money to go for gym and swimming, cycling makes you always active. Having a bike makes your like easier and healthier.”

"The transformational power of bikes"

Steven McCluskey, who founded Bikes for Refugees, says of the support he received from Cycling Scotland “The development programme is a key Scottish fund which many community projects have benefited from considerably. The financial and other support we have received from Cycling Scotland has been invaluable and has enabled us to reach and support more isolated and socio-economically disadvantaged families than ever before introducing many people to the transformational power of bikes and cycling for the first time.”

Now a recipient of the Silver Cycling Friendly Communities award, Bikes for Refugees have received further support from Cycling Scotland to develop their bike hire scheme in order to generate income to reinvest into the charity and deliver on their charitable aims and objectives.

You can find out more about becoming a Cycling Friendly Community here.

An ambitious community project that aims to get Coupar Angus on its bike.

Helping families in Fife through the power of bikes.