Rashid Khaliq has long been known within his community as ‘the person who cycled’, as a tribute to both his work with Glasgow-based charity SoulRiders and the relative rarity when he was younger of being an ethnically Pakistani man cycling in Scotland.

SoulRiders grew out of his enthusiasm for cycling and a desire to pass along the joy of bikes to members of other communities in Glasgow. It’s a passion that now provides bikes, tuition and adventure to often overlooked groups including refugees, older women and many of the ethnic minority communities who call Glasgow home.

"The needs of ethnic minorities in this city are huge"

“Our vision is to create a strong community, using bikes to engage people. The needs of ethnic minorities in this city are huge and we’ve found that cycling reduces feelings of isolation, improves fitness and health and overall happiness.” At SoulRiders, bikes are the tools used to tackle some of the larger issues in society: health inequalities, loneliness, community division – and inclusion is central to much of the work. 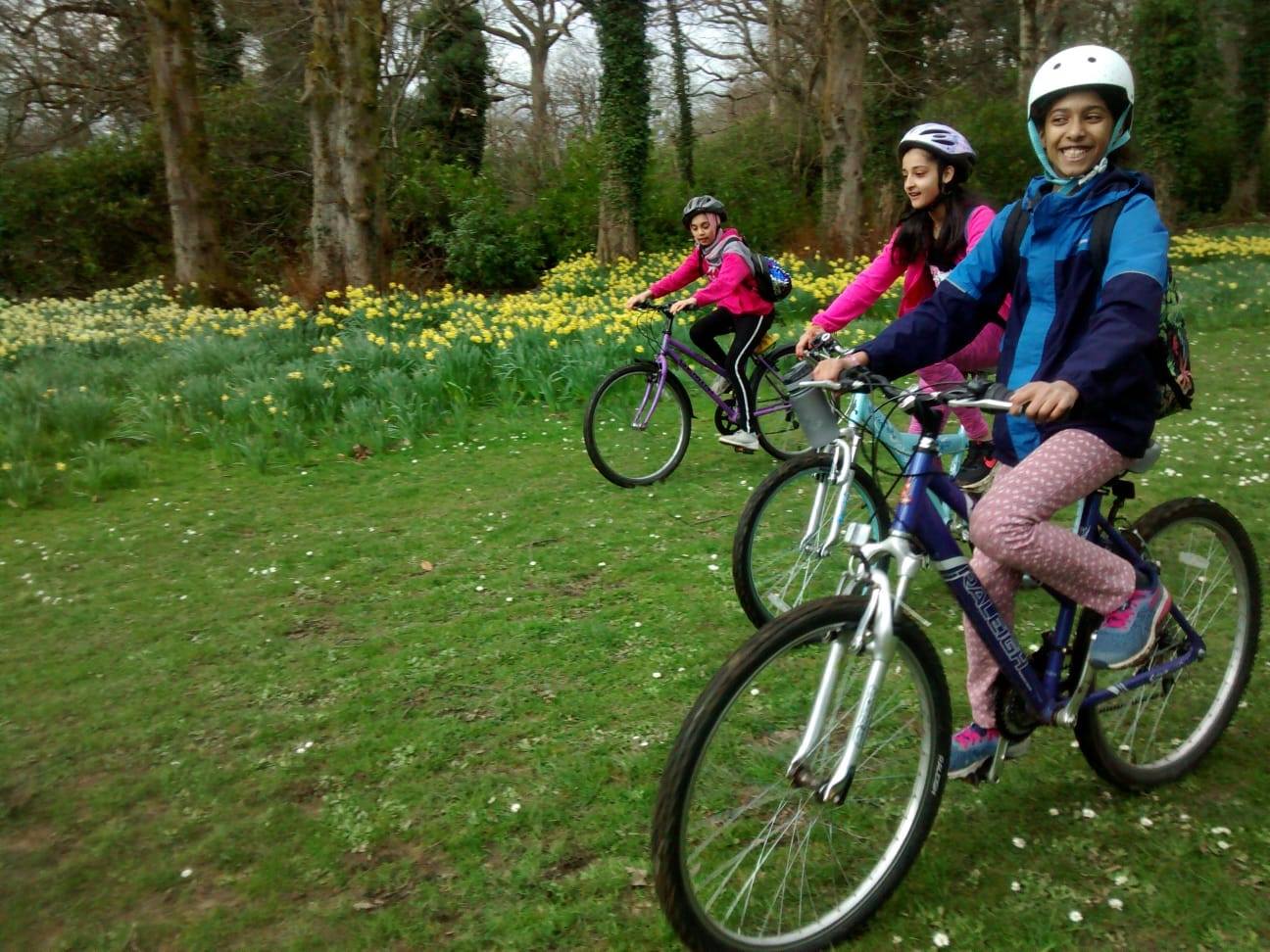 “We had applied”, said Rashid, “because we needed resources: there’s a huge amount of work to be done to encourage cycling amongst ethnic minorities and vulnerable groups.” The funding paid for bikes and equipment to be used by the projects.

“The funding has been invaluable! Some of our service users are the most vulnerable in Glasgow, walking miles to get food or for an appointment. By catering for their transport needs we are changing their lives. Cycling Scotland’s support has been very timely; we are the only standalone ethnic minority cycling organisation in Scotland and our engagement with the community means we are always busy. The funding and support have really enabled us to encourage people from diverse backgrounds to get involved in cycling; something that they would have found very difficult without SoulRiders and stakeholders like Cycling Scotland.”

SoulRiders has designed a lot of projects aimed at bringing people together socially as well as learning more about cycling. Projects include ‘picnic on a bike’, sports competitions, programmes for vulnerable people, and the sub-groups ‘Soul Kids’ and ‘Soul Sisters’. 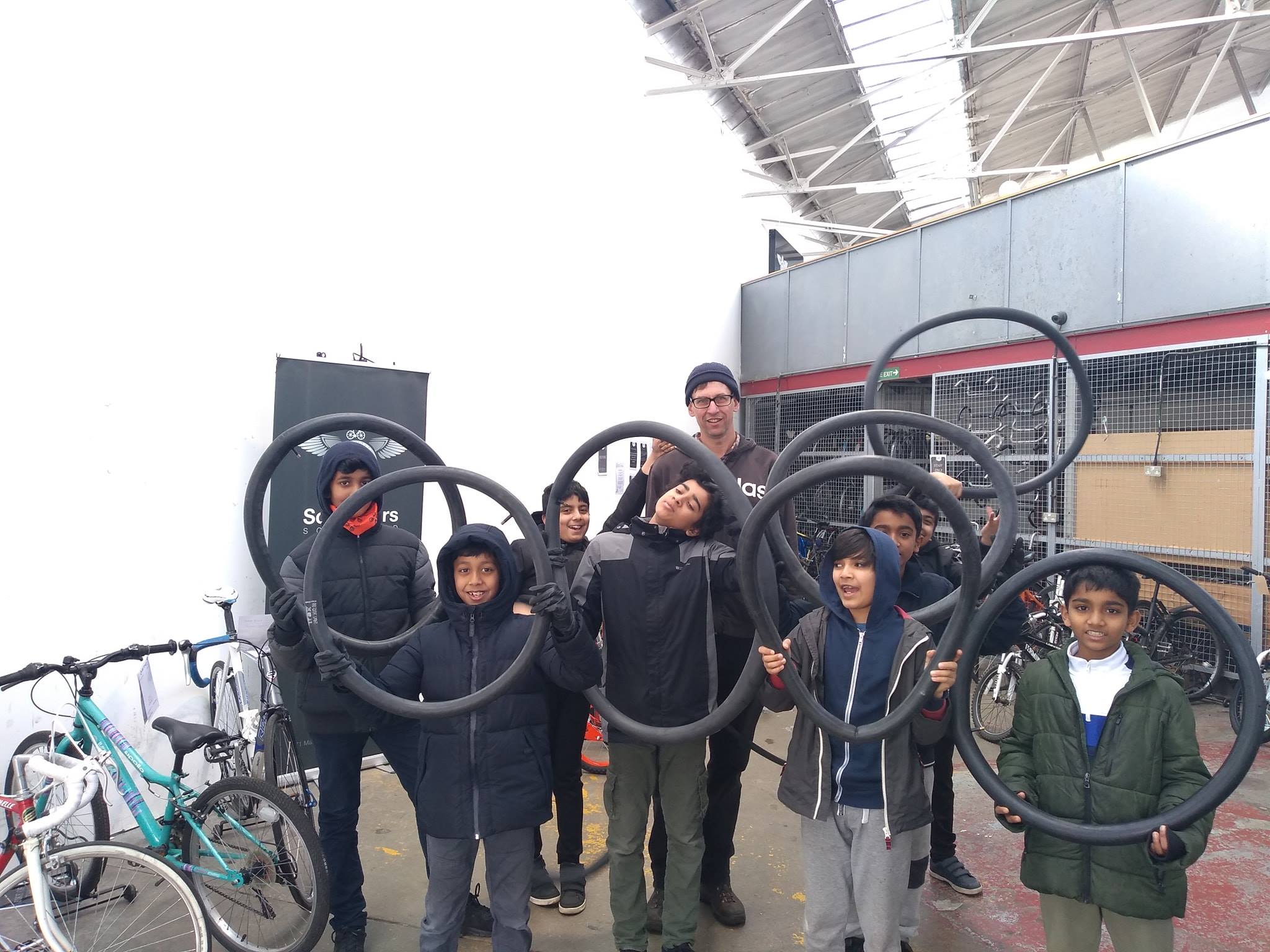 Rashid is particularly proud of the work SoulRiders does with vulnerable groups, such as asylum seekers. Having a bike allowed asylum seekers to navigate across the city to access services, attend education and shop for food and basics. For people who are unable to work and with no secure income, cycling is not only low cost transport, but also gives a sense of place in a new city. “We do a lot with rideability, teaching people how to ride or helping beginners gain confidence. With one group of minority BME women we taught them to ride in a day, and we had one elderly lady who got one-to-one tuition.”

“We address social isolation, provide people with a sustainable means of transport and help make them healthier, stronger and fitter. We’ve created invaluable partnerships with schools, housing associations and similar groups. Funding from Cycling Scotland under the Cycling Friendly Communities programme helps us keep adapting our service to meet what the community wants and needs.”

If you're interested in how the Cycling Friendly Community development fund could make a difference to your cycling project, find out more here. 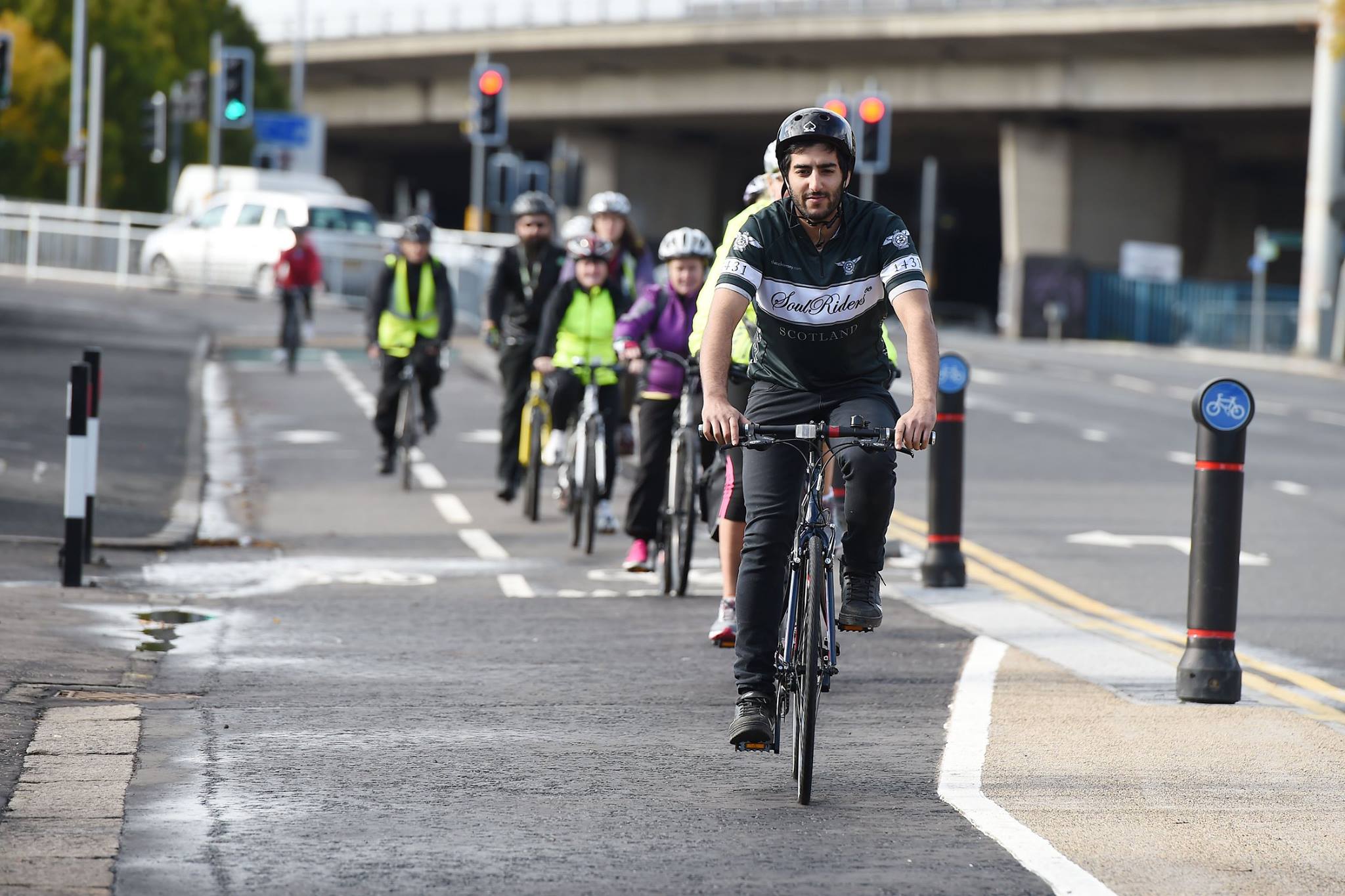 An ambitious community project that aims to get Coupar Angus on its bike.

Helping families in Fife through the power of bikes.

Using bikes to help refugees and asylum seekers make their homes in a new country.