Living in a tenement flat in the city put paid to this, as I have no lift to my third floor apartment and the century old staircase is narrow and difficult to negotiate with a bike. So I gave up cycling.  Luckily for me Aberdeen is a walkable city so I still don’t own a car but as laudable and healthy as walking is I do miss the fun and excitement of cycling.

A few years later I find myself in a role within NHS Grampian’s Public Health Department where part of my role is promoting active travel. Cycling Scotland’s Employer Development Grants? Mm, yes please!  We needed to improve our cycle parking and think about pool bikes, which might be useful as NHS Grampian has so many sites!  I did a bit of research and decided to apply for a couple of e-bikes, thinking that these would be more appealing to non-riders than conventional bikes. 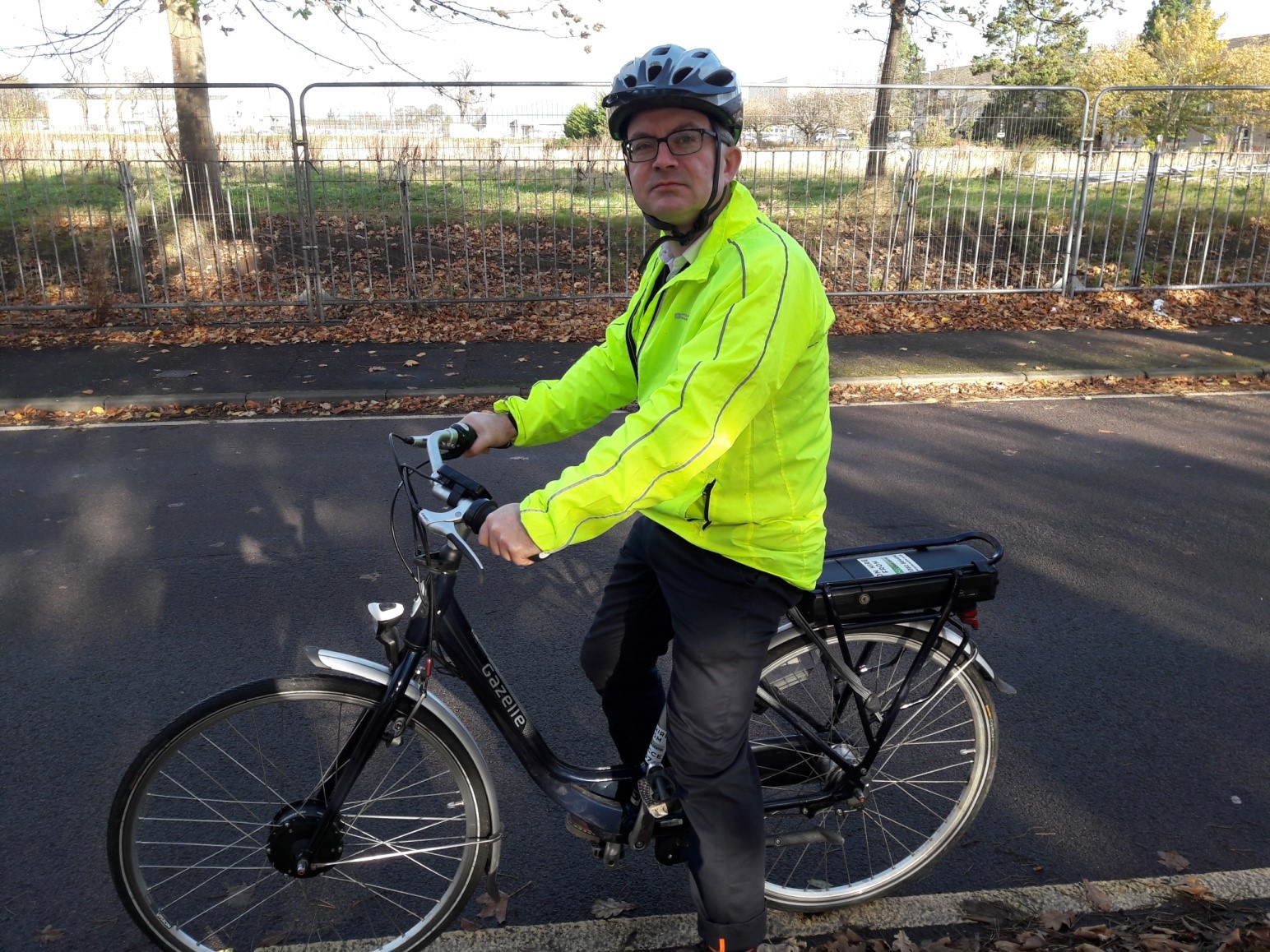 So in 2017 Cycling Scotland generously provided funding and we decided to lease two e-bikes and I had my first proper ride on one. And guess what? A revelation!  You can still cycle hard, you can still get fit.  However, you can still cycle at pretty much the same pace into a harsh Scottish headwind or up a steep hill as you can on a calm day on the flat.  In 20 mph zones you can keep pace with cars relatively easily.  I am now a complete convert to e-bikes, we have now decided to purchase one ourselves and I think they are potentially one of the key components to increasing bike ownership and usage.

A former fishmarket in Glasgow has created a dedicated cycle space that's accessible for all.

Supporting staff and visitors at Scotland's largest regional park to get on their bikes.