Cycling Champion is just what the doctor ordered

A cycling advocate who worked with an Inverness medical practice to increase cycling opportunities for both patients and practitioners has been named the 2018 Cycling Champion by Scotland’s four national cycling organisations. 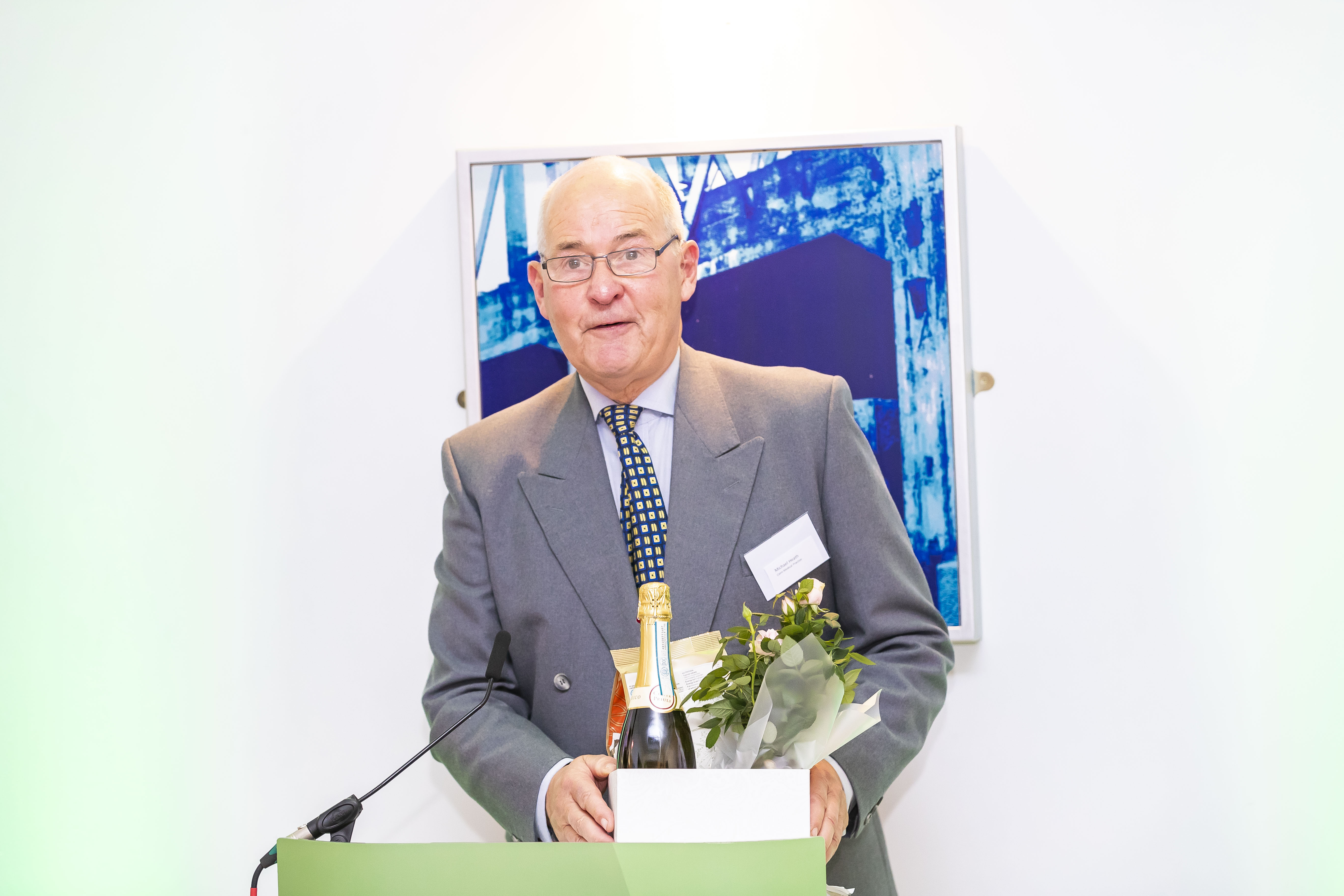 Michael (Mick) Heath has been working with the Cairn Medical Practice to combat what was previously poor cycling provision in the area. He helped to implement improved facilities at the practice’s ten locations but also sought ways for frail and elderly patients to experience wellbeing rides and encourage other patients to become more active through the help of trained ride leaders.

The Cycling Champion of the Year Award recognises an individual whose contribution has made a significant impact on cycling at a local, regional or national level and was announced at the Cycling Scotland annual conference on Monday night (5 November). The accolade is awarded jointly by Cycling Scotland, Cycling UK, Scottish Cycling, and Sustrans Scotland.

Christopher Johnson, Head of Education and Training for Cycling Scotland said: “Mick is a brilliant ambassador for connecting cycling and health in and around Inverness. Our Young Cycling Champion of the Year, Steven, is also a huge inspiration to young people, volunteering through the Argos Bike Project and helping young people gain confidence. Kirsteen has made a major contribution to cycling, developing Scotland's first closed loop cycling circuit and working with clubs, groups and communities to encourage more cycling in Fife.”

Suzanne Forup, Head of Development Scotland for Cycling UK said: “Mick is passionate about the benefits of cycling and dedicated to helping more people experience those benefits. His boundless enthusiasm has helped to forge remarkable partnerships, and ultimately to touch many people’s lives through the joys of cycling.

Lynn Stocks, Head of Delivery, Behaviour Change, Sustrans Scotland said: “The fantastic and inspiring nominations for this award show the great work happening across the country to extend cycling to more people. Sustrans Scotland is delighted to be sponsoring the Cycling Champion of the Year Award 2018 for the second year running.”

Vicky Strange, Head of Development, Scottish Cycling said: “Once again we had some fantastic nominations and it was really difficult to choose a winner but Mick’s work has been amazing for the Cairn Medical Practice. It is also great to recognise Kirsteen who has helped to create a new cycling destination for Fife and Steven whose volunteering activity has been fantastic.”

The award was presented by Ian Borthwick, the Lord Provost of Dundee at Cycling Scotland’s Civic Reception in the Caird Hall, Dundee.

Drivers reminded to Give Everyone Cycle Space

Why volunteer as an instructor with Bikeability Scotland?

How to become a Bikeability Scotland instructor?