Three inspiring individuals and a cycle shop have been recognised as Cycling Champions for their efforts to promote cycling in Scotland.

The Cycling Champion of the Year Award celebrates the individuals and organisations that have made a significant impact at a local, regional or national level to promote cycling, and was announced on Monday 4th November at the annual Cycling Scotland conference, held this year in Edinburgh. The accolade is awarded jointly by Cycling Scotland, Cycling UK, Sustrans Scotland and Scottish Cycling.

Councillor Anna Richardson, City Convener for Sustainability and Carbon Reduction in Glasgow City Council, was awarded the Cycling Champion of the Year for her commitment and leadership in making Glasgow and Scotland a cleaner and healthier place to live. Her influence is clearly demonstrated through the expansion of cycling infrastructure in Glasgow: from the South City Way to Sauchiehall Street Avenues Project, the new Yorkhill and Kelvingrove Cycling Village to the extension of Avenues to the East of the City Centre, many different parts of Glasgow will become increasingly accessible by bike.

Added to this, Glasgow’s ambitions to increase Bikeability Scotland delivery to all primary schools, expansion of the public bike hire scheme, hosting of the United Nations 2020 Climate Change Summit and the pledge to be Carbon Neutral by 2030, Cllr Richardson’s commitment is well deserved of recognition. 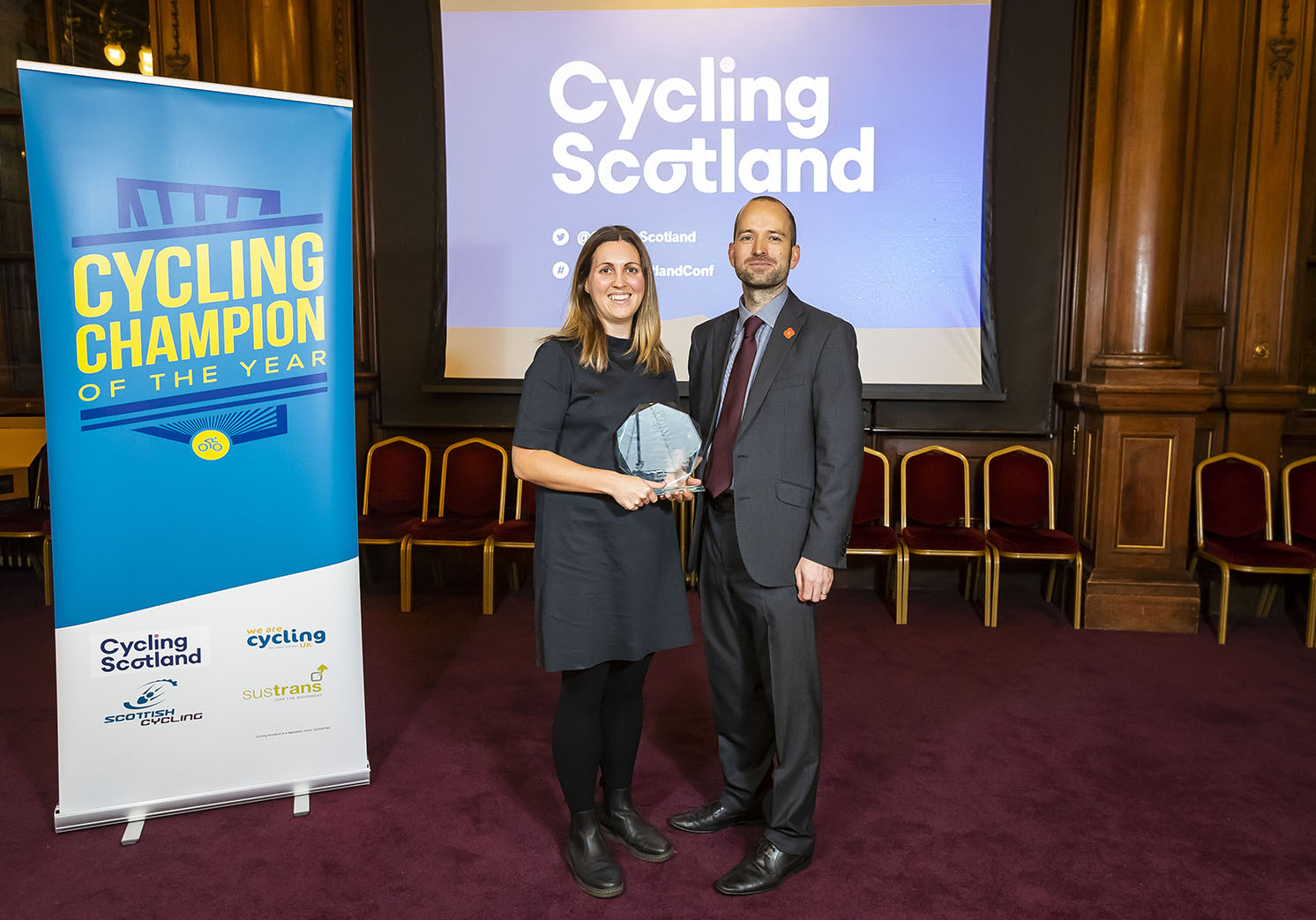 For the first year, the Cycling Champion of the Year Award was open to nominations for Cycle Shop of the Year category, recognizing a retailer that is at the heart of the community, selling ‘cycling’ as much as selling bikes and products.

The Cycle Service in Edinburgh received numerous votes for their dynamic, personal support, described as the “friendliest and most efficient bike mechanics in Edinburgh!”, demonstrates the value of the cycle retail industry to Scottish communities and reflects the collective aim of making cycling accessible to all. The shop offers on-the-spot puncture repair, stocks practical accessories for day-to-day journeys and promotes local cycling activities as well as Spokes maps. They also run affordable beginner bike maintenance workshops, encourage people to join Pedal on Parliament every year and volunteer their time to help build Edinburgh’s first bike park. 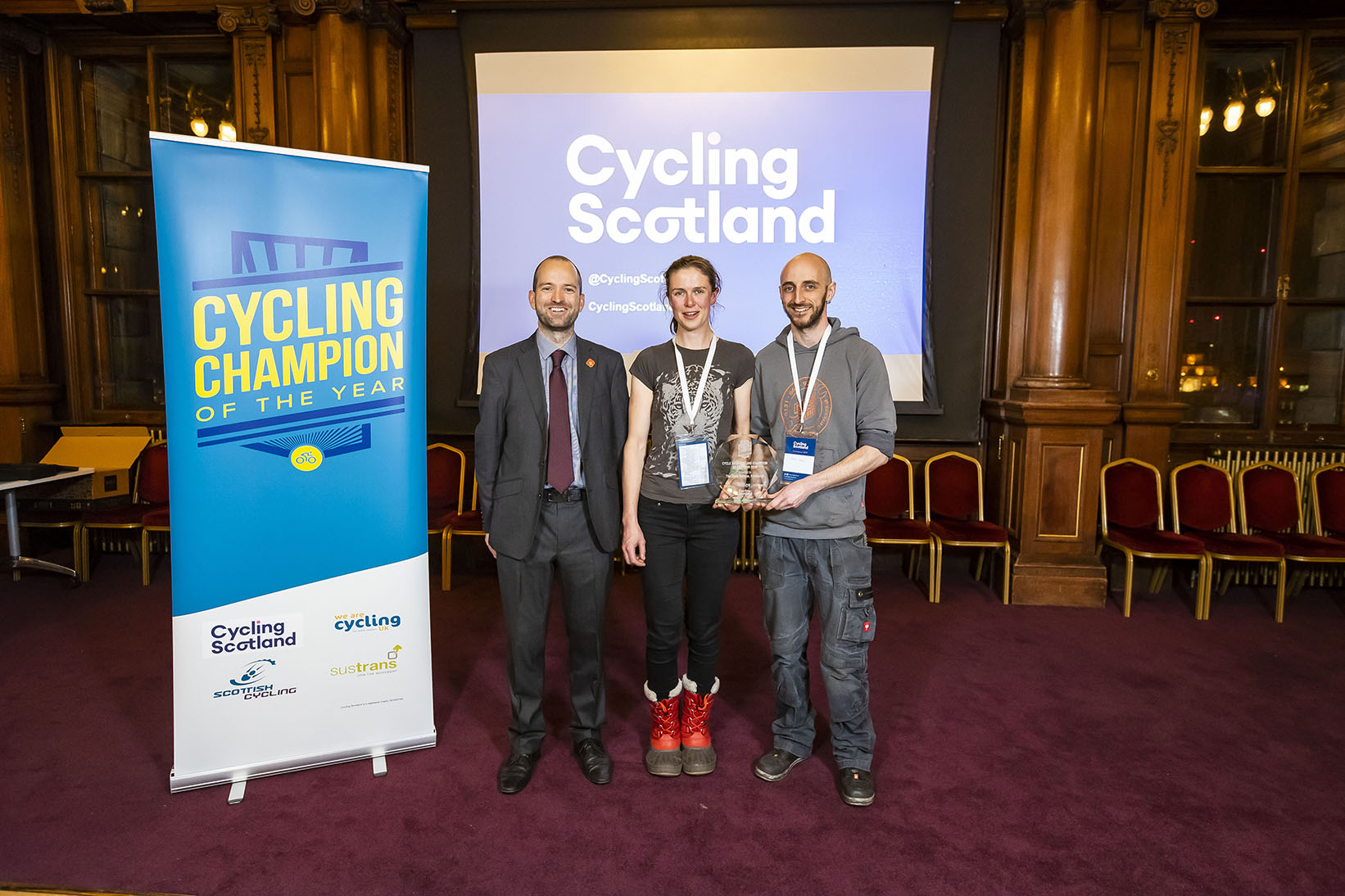 The judging panel, made up of representatives from Cycling Scotland, Cycling UK, Sustrans Scotland and Scottish Cycling, said: “The award panel was highly impressed by the inspiring nominations for the Cycling Champion of the Year Award: there was a high calibre of applications and it was difficult to choose final winners. Congratulations to Cllr Richardson and the team at The Cycle Service, as well as the highly commended individuals and all those who were nominated, who deserve recognition for their energy, commitment, hard work and vision to extend the joy of cycling to as many people as possible across the country.”

Highly commended in this category was awarded to: 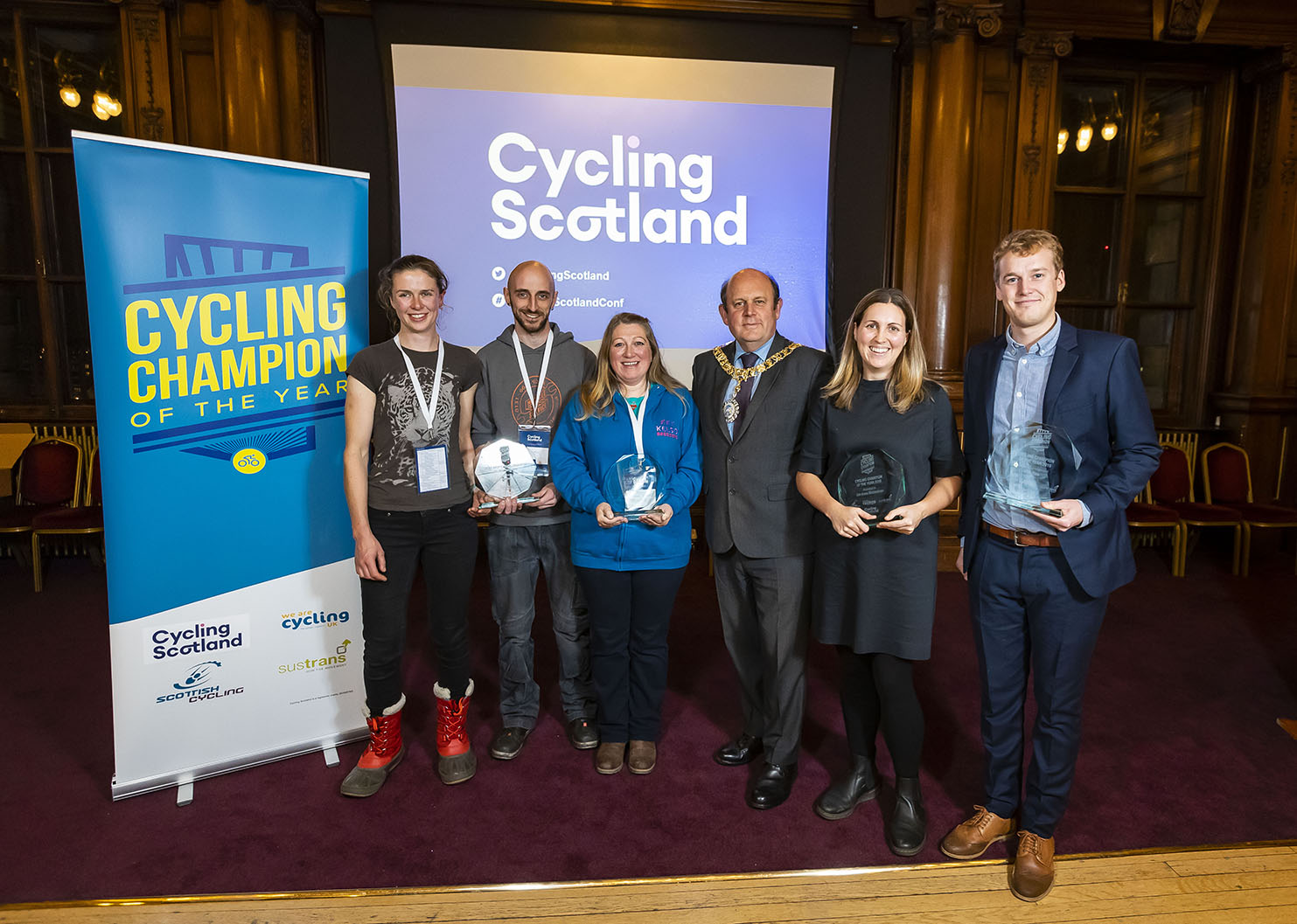 Bikeability Scotland awards those who went the extra mile