Since August 2018 more than 45,000 children across Scotland have received free cycle training through Bikeability Scotland, and 300,000 have been trained since the programme began in 2010.

Mount Vernon Primary is one of around 50 primary schools leading the way in Glasgow. Just over one in three (34 per cent) primaries in the city are taking up the offer of free cycle training against a national figure of almost half (47 per cent).

Glasgow City Council (GCC) has recognised cycle training as a key life skill for the next generation, making a commitment to 100 per cent participation in Bikeability Scotland Level 2 training by 2025 (GCC Cycling Strategy 2016-25). 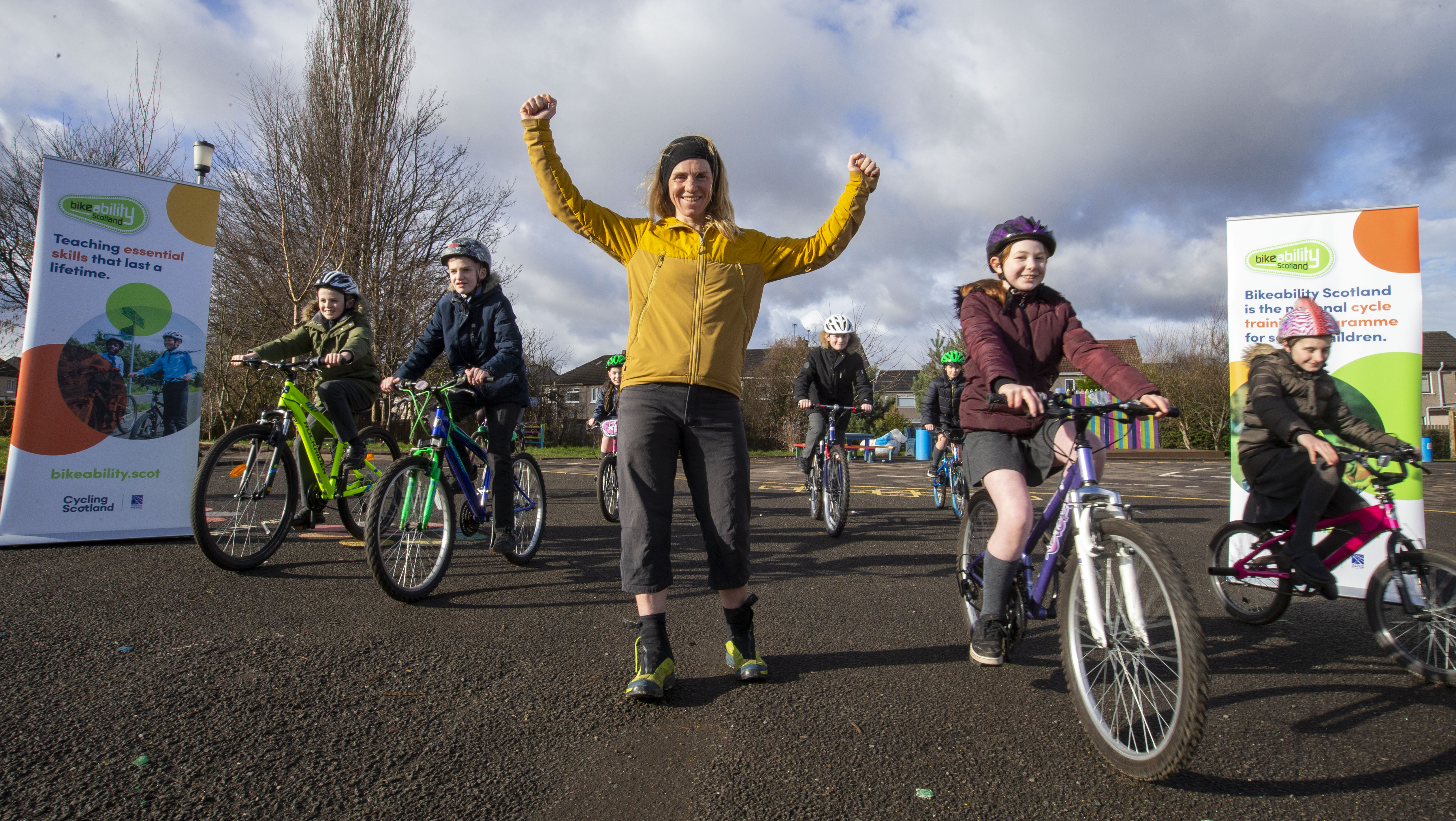 Lee Craigie, Active Nation Commissioner for Scotland, said: “Cycling is such an important life skill, opening up a new world for our children. It can give our young people an independent means of travel to nearby friends and activities and is a great way to enjoy the outdoors, benefiting health and wellbeing.

“Bikeability Scotland supports the next generation of responsible road users – I would urge any teacher or headteacher to pick up the phone to their local authority Bikeability Scotland Coordinator and give their kids the chance to build their confidence on the roads.”

Bikeability Scotland is the national cycle training programme for school children, funded by Cycling Scotland through grant funding from Transport Scotland. The programme is free for schools and pupils and Cycling Scotland’s aim is that every child in every school has the opportunity to participate, in line with the Scottish Parliament commitment.*

Surveys found that 65 per cent of children were more confident cycling after Bikeability Scotland training and 82 per cent of parents were more in favour of letting their children cycle as a result.**

“We’ve made accessing the free training for instructors and grant funding as easy as possible. All materials – including pupil’s guides, certificates, badges and information for parents – are provided, in some cases even bikes can be supplied for the training period.

“It’s really just a case of teachers contacting their local authority Bikeability Scotland Coordinator to say they’d like to deliver it in their school. Contact details can be found at bikeability.scot, or get in touch with us directly on 0141 229 5350 or bikeability@cycling.scot.”

Gayle Clarkson, Head Teacher, Mount Vernon Primary School said: “Our senior classes have had the opportunity to take part in Bikeability Scotland training for the past 10 years.

“This is a fantastic opportunity for the children. Our senior pupils have the knowledge and confidence to be safer cyclists and, through this process, we have seen an increase in the number of children, and parents, who are choosing to cycle to school.

“As a health-promoting school this is a delight to see. We will definitely continue to offer this opportunity to our senior classes and would highly recommend Bikeability Scotland to any other school.”

Across Scotland, four local authorities have achieved a 100 per cent delivery rate of Bikeability Scotland Level 2 training – East Renfrewshire, Shetland, Clackmannanshire and Western Isles. And over 100 schools have taken part every year in Aberdeenshire.

Western Isles received the 2019 Scottish Transport Award for Best Practice in Travel to School and Work Schemes for their achievements in Bikeability Scotland on-road training, increasing delivery from five per cent of schools to 100 per cent in two years.

Research reveals attitudes to cycling, with kids leading the way!

What is a Cycle Friendly School Award?