The author of this blog is Kate Samuels, Policy Officer.

Transport causes 37% of Scotland's greenhouse gas emissions, making it our single biggest emitter. Of that, almost 40% comes from cars. The target of net-zero by 2045 in Scotland will not be reached unless more of us change the way we travel, including choosing to walk and cycle for our everyday journeys. Our roads were designed for cars and the 2019 Transport and Travel Scotland report has shown that the car is still the most common way to travel, despite evidence from organisations such as  Sustrans whose survey showed that 70% thought that it should be possible for everyone to undertake their most frequent journeys without a car and that more people want to use alternative transport.

The impact of quieter roads

Despite the challenges of the Covid-19 pandemic, many of us have discovered the joy of supporting local businesses, and local parks, and using active travel to get us there. In 2020, our YouGov survey looked into why more people were cycling and found that quieter roads contributed to this rise, with 20% less traffic on our roads encouraging more people to cycle more.

While the use of the car is now once again on the rise and close to 2019 levels according to Public Health Scotland, the pandemic was a reminder that designing for more walking, wheeling and cycling has a positive impact on our health, our environment, and our communities.

Why are new roads built?

So, if the pandemic has shown us the benefit of active travel and local authorities are working to install more cycle lanes, why are new roads still being built? And why, if there’s these new roads create more space, do we still see lanes of stationary cars when the bike is quicker?

One answer to this is the planning behind projects such as out-of-town shopping centres and residential estates which have been built since the 1970s often on industrial land. Centres, such as the Silverburn shopping centre in Glasgow, often prioritise the car, with a high number of car parking spaces and poor active travel connections.

Other reasons for building of new roads or the widening of existing ones might include political pressure, a motivation to connect services, especially in rural locations, and the perception that more road space will tackle congestion.

David Metz, Honorary Professor in the Centre for Transport Studies at UCL, looks at the example of the M25 where local road users started taking the motorway for short trips, sometimes known as “junction hopping”. It argues that building more roads does not solve or even reduce congestion, and refers to a phenomenon called induced traffic demand which has been observed by researchers across the world.

What is ‘induced traffic demand’?

An evidence review from the Department of Transport defines ‘induced traffic demand’ as: “the increment in new vehicle traffic that would not have occurred without the improvement of the network capacity”.

Induced traffic demand relates to the broader economic theory of induced demand: the demand has been generated precisely because of improvements made to infrastructure, and creating more space will only serve to fuel the issue. To use the old adage ‘build it and they will come’, more cars mean more roads and more roads mean even more cars.

Whereas someone may have previously not taken their car, the perceived availability of more space and a quicker journey means that we increasingly choose the car for even shorter journey times.

Cycling as a solution

Cycling, especially in an urban location and for short journeys, can often actually get you there faster in many situations. In cities like Edinburgh, Glasgow and London it’s not uncommon to see a person who is cycling passing quickly while cars are stuck in traffic jams.

Research has shown us that we need to build for the traffic we want, not the one we have: there are many cities in Europe that have already taken this on board with Paris, Lisbon and Ljubljana rolling out a huge increase in cycling routes, and in Scotland we’re seeing concerted efforts to install infrastructure and make it possible for more people to cycle.

During the pandemic, and motivated by a need to support physical distancing, we have seen the reallocation of road space away from cars towards people walking, wheeling and cycling. From car-free spaces delivered locally through the Spaces for People programme in Scotland, to initiatives in cities as far away as New York, research has shown us that reducing spaces for cars improves our wellbeing, reduces pollution and helps us meet our climate goals.

Writers such as Adele Peters have also talked about how car free spaces can transform our cities, in places such as York and Birmingham, and in Glasgow we have seen the success of bike hangars across the city with more than 80% of spaces consistently filled in all areas. Bike hangars provide safe storage and are a more efficient way of using space: one car parking space can only fit one car, whereas a bike hangar can store six bikes safely.

Building new roads mean more congestion and can increase isolation, whereas active travel gives you the chance to interact with your surroundings, your community, physical exercise and a mental break. Induced traffic demand is often discussed by planners, engineers, and councillors, but it’s vital that local people using their spaces are aware of the damage prioritising roads only for cars can create and the impact it has on our neighbourhoods. Building new and expanding roads will not solve the traffic problem, but prioritising and funding better infrastructure for active travel - as is now happening - will. 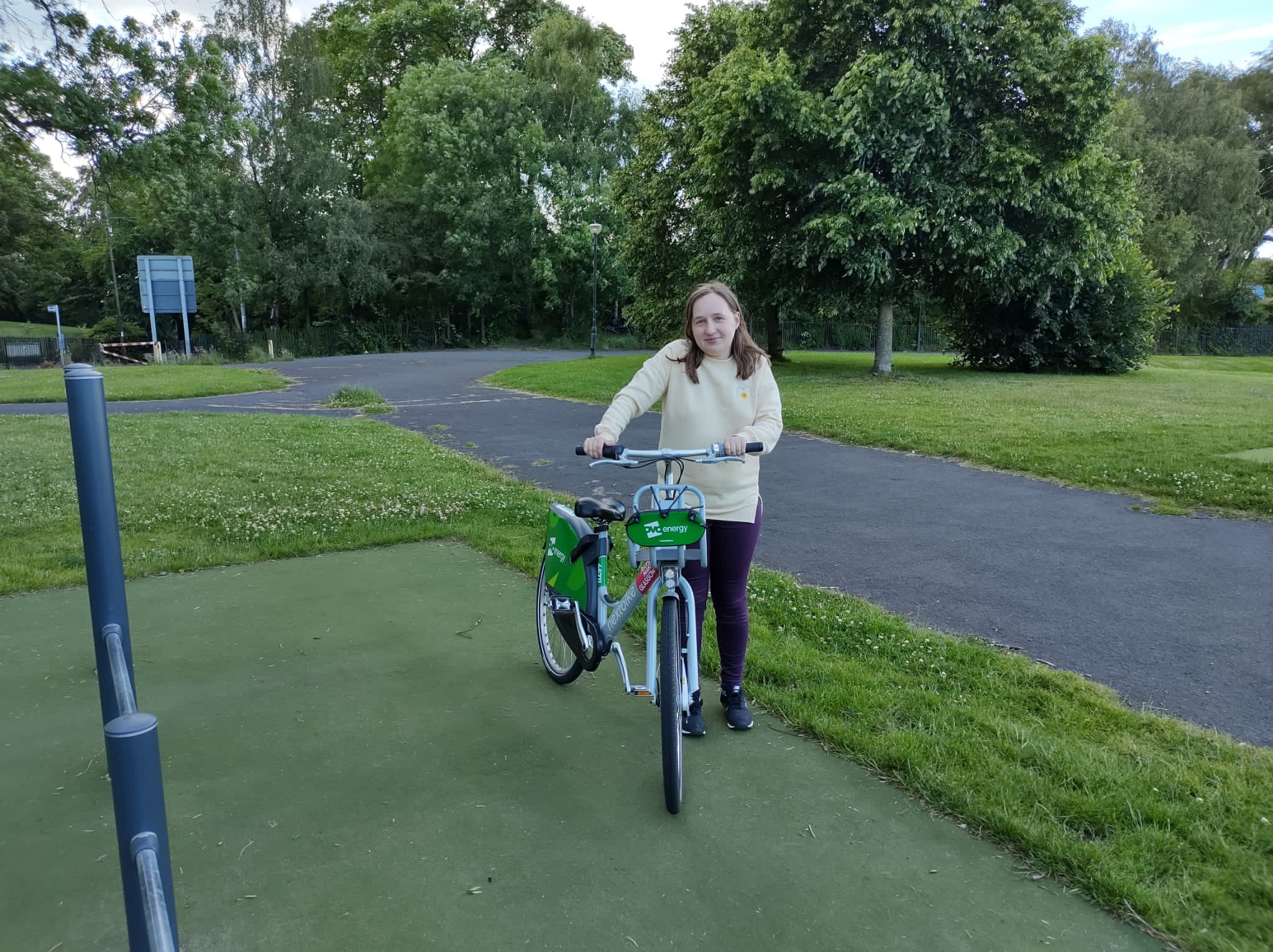 Highlights from the 2022 Transport Practitioners Meeting