Pedal for Scotland to evolve into inclusive, free, local events across Scotland from 2020.

The only closed-road cycle between Scotland’s two biggest cities, Pedal for Scotland has more than achieved its goals: encouraging more people to cycle, raising the profile of cycling in Scotland and providing a platform for raising millions of pounds for good causes.

Organised by Cycling Scotland, the Glasgow-Edinburgh ride was one of the first non-profit, mass participation cycling events in Scotland.

Four-hundred-and-twenty-five people lined up on the start line in 1999. 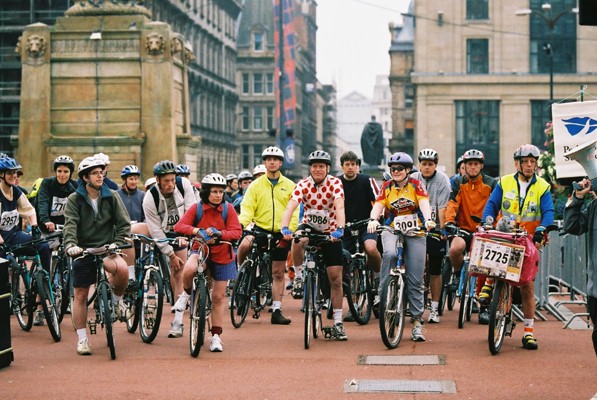 Now around 7,000 people take part in the event each year. 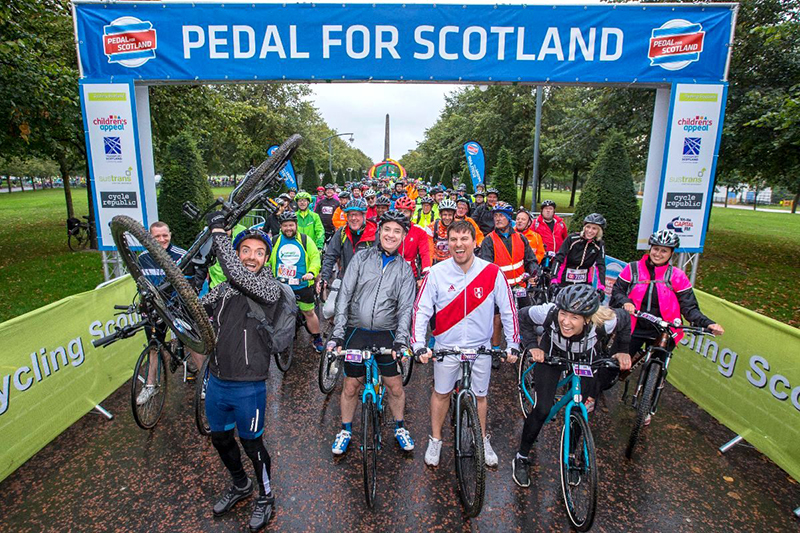 Pedal for Scotland has grown to encompass three different events in recent years: the Classic Challenge Glasgow-to-Edinburgh ride, the Big Belter (a 100-mile sportive) and a 10-mile Wee Jaunt between Linlithgow and Edinburgh. More than 100,000 people have taken part in all events since 1999.

2019 marks the final chance for people in Scotland and beyond to ride in the Classic Challenge, Big Belter and Linlithgow-Edinburgh rides. From 2020, Pedal for Scotland will evolve into shorter, local and free events in an effort to help more people enjoy cycling, regardless of income.

These events will build on the success of the Pedal for Scotland family-friendly Wee Jaunt bike rides. Cycling Scotland will soon release details of how communities and councils can register their interest in hosting these events.

“After 20 years, now feels like the right time to take a new, community-focussed, Scotland-wide, approach to encourage bike-riding and remove barriers to taking part in cycling events.

“We are now looking forward to the next stage: supporting shorter, inclusive and free events across the nation to extend the benefits into more communities in every part of Scotland, helping increase the use of the newly emerging cycling infrastructure in many places.”

Since 1999, the Pedal for Scotland Glasgow-Edinburgh ride has created a legacy for cycling in Scotland including:

“We would like to thank everyone who has made it possible for us to run the Pedal for Scotland Glasgow-to-Edinburgh ride over the last 20 years, including our main grant funder, Transport Scotland, our sponsors, charity partners and supporters.

“We’d also like to thank the many communities and volunteers who have supported the Classic Challenge over the years.

“Lastly, we’d like to thank every person who has pedalled for Scotland over the years. We’d love you to join us for one last Pedal for Scotland Glasgow-to-Edinburgh or Linlithgow-Edinburgh closed-road ride in early September.”