Scotland’s national cycling organisation and organiser of Scotland’s biggest bike event is calling for people across Scotland to cycle from Glasgow to Edinburgh on closed roads and raise record amounts for charity.

Sunday September 8 2019 marks the 20-year anniversary of Pedal for Scotland, which has grown from 400 participants in 1999 to more than 7,000 last year, delivering an estimated £2 million in health benefits and £1.1m for the Scottish economy.

And this year, event organiser Cycling Scotland has joined forces with the British Heart Foundation (BHF), SAMH (the Scottish Association of Mental Health), Glasgow Children’s Hospital Charity and the STV Children’s Appeal in an effort to encourage friends, families and colleagues to get on their bikes and set a new fundraising record.

Speaking at the launch of Pedal for Scotland 2019, Cycling Scotland chief executive, Keith Irving, said: “Whoever you are, whatever your level of fitness or ability, there is something for everyone at Pedal for Scotland. Anyone any age can take part: last year, our youngest participant was a one-year-old and our oldest was 88.

“Since its inception, 113,000 people have pedalled for Scotland and last year riders rode 294,000 miles, the equivalent of 11 times round the Earth. A lot of people take on the challenge to get fit or raise money and then discover the joy of cycling and keep it up beyond the event.

“I would urge anyone reading this to join us in September and raise vital funds for the amazing charities that benefit from Pedal for Scotland each year. Just think of the sense of achievement when you cross the finish line.”

Scotland’s Active Nation Commissioner, Lee Craigie, said: “When I was young the idea of riding a bike between Glasgow and Edinburgh was incomprehensible, but little by little, more and more felt possible to me and now that distance seems much smaller. I’m still fascinated by how our perceptions of things are constantly changing and with them, our comfort zones for trying something new or riding that extra mile. We are all capable of so much more than we think we are and it’s events like Pedal for Scotland that help us realise that.”

“It’s not about the time you set, it’s about being part of something bigger when you cross the line. No matter your level of fitness, it’s a real achievement for all those who participate, so get involved and get on your bike for Pedal for Scotland."

Last year around 5,000 people took part in the Classic Challenge. One of them was Gerry McCulloch.

Aged 52 from Wishaw, North Lanarkshire, Gerry was diagnosed with type 2 diabetes three years ago. He was only given five years to live by doctors, weighing 24 stone as a result of an unhealthy lifestyle. 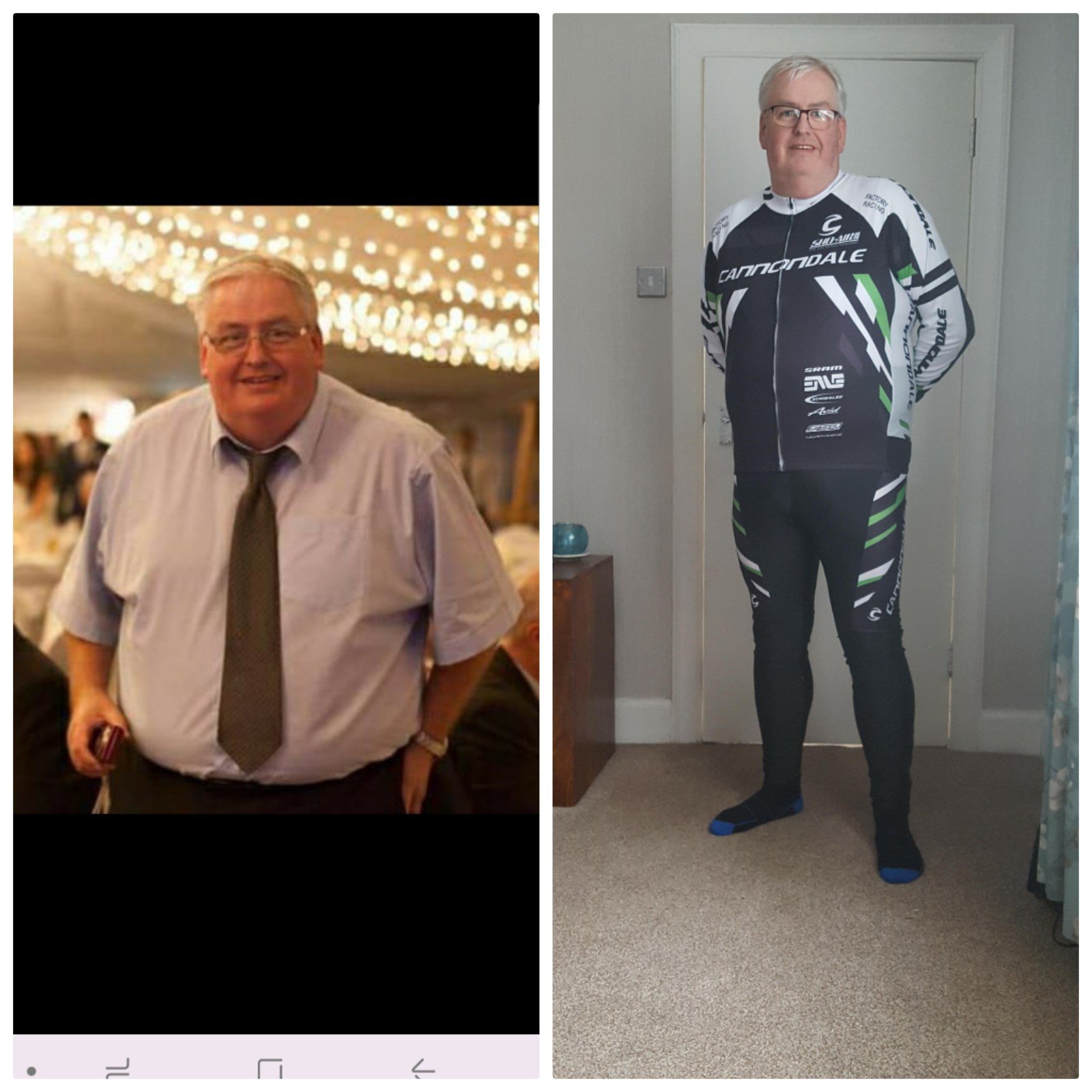 One year on, after discovering cycling and losing 4.5 stone, Gerry took on his first Pedal for Scotland in 2018. After completing the Classic Challenge from Glasgow to Edinburgh, he said: “If you’d told me I would have been cycling all those miles this time last year I would have thought it was impossible.

“Now I know I can do it, Pedal for Scotland will be an annual event in my calendar and I can’t wait to get involved in this year’s 20th-anniversary celebration. I’ve set my sights on the 100-mile Big Belter challenge for 2019, it’s a long time in the saddle but with plenty of training I know I’ll get there.

“I’ve had 51 years of being unhealthy, but that’s changed. Pedal for Scotland was a fantastic experience, and if I can inspire one person into getting fit and healthy, I will have done my job.”

James Cant, BHF Scotland director, said: “We are absolutely delighted to be one of the chosen charities for this year’s Pedal for Scotland. There are around 700,000 people currently living in Scotland with heart and circulatory diseases. High blood pressure, high cholesterol and type 2 diabetes all increase the risk of developing these conditions but being regularly physically active helps reduce the risk. That’s why Pedal for Scotland is such a fantastic event. It’s a great way of keeping fit while raising money for good causes and taking in the wonderful scenery on our doorstep in Scotland and we wish all those taking part the very best of luck.”

To find out more about Pedal for Scotland and sign up for this year’s event on Sunday September 8 go to www.pedal.scot

With Bikeability Scotland training, your child will become a cycling expert