We spoke to Simon Duff, a civil engineer with TP&E, Cycling Scotland’s social enterprise transport consultancy, who has been trialling a new e-bike purchased through the Cycle to Work scheme. Simon reveals how the e-bike has transformed the way he travels, allowing him to leave the car at home and cycle instead. 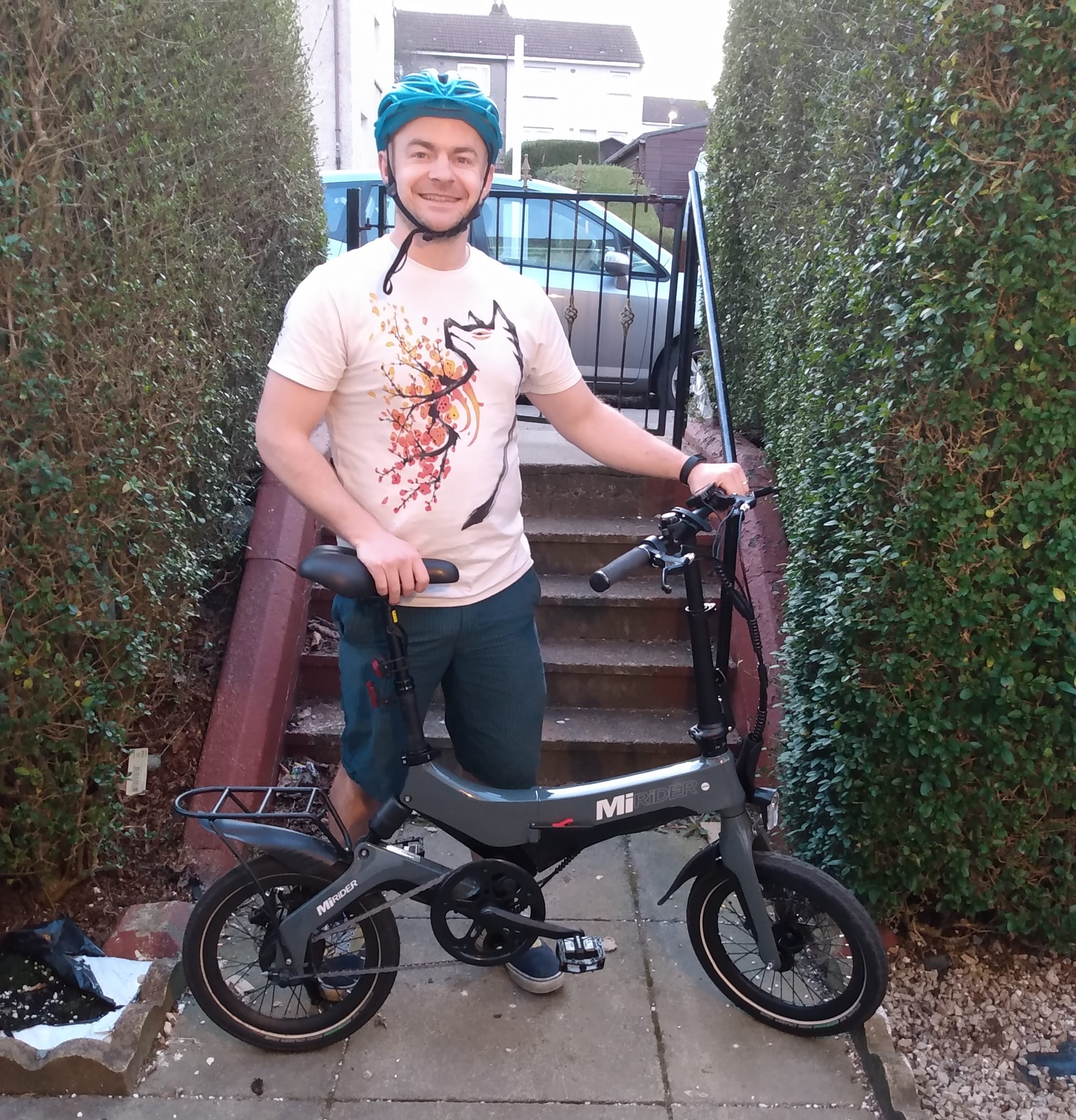 Over the last few years, electric bikes have become an increasingly common sight on our streets, growing in popularity as a way of allowing people of all abilities to get into cycling.

For Simon Duff, a civil engineer who designs active travel infrastructure by day, an e-bike seemed like a great way of overcoming the hilly terrain where he lives – something which was putting him off making even more journeys by bike. Having heard that e-bikes were available through the Cycle to Work scheme, Simon gave it a try, finding out that the change would make a huge difference to how he gets around.

“Living in a hilly area and at the top of a particularly large hill meant going anywhere on a bike was great but coming home was always less enjoyable, especially if I had a load of shopping.

“I already had a bike that served me well enough, so I didn’t see any need to replace it. But I wanted to make life easier with the pedal assistance, to help me make more journeys by bike that I previously wouldn’t have considered”.

With transport responsible for over 37% of Scotland’s greenhouse gas emissions, and car use a significant portion of that alone, any way that we can swap car journeys for more active ways of travelling helps our own health as well as that of the planet.

Simon has found that having access to his new foldaway e-Bike has drastically cut down the number of trips he makes by car, saving him money on fuel and opening up brand new journey options – all while letting him get some exercise as he commutes.

“It’s been a huge help. The fact that it’s also foldable means wherever I’m going, I can easily switch between taking it on buses or trains and cycling anywhere that might be too far to walk but not far enough to justify taking the car.

“I’m much more reluctant to use the car these days with the increase in fuel costs, so I’m always happy to feel I’m saving money by making those shorter trips by bike. I can get from Paisley to Glasgow in the same time it takes me to cycle my pushbike but without breaking a sweat.”

The benefits to people can be life-changing

Simon sees a positive future for cycling in Scotland but recognises that more needs to be done to provide safe cycling infrastructure and all-important secure storage so that anyone, anywhere in the country can use a bike whenever they want to.

“Better cycling infrastructure, like separate cycle lanes so people can get to school, work or shops with minimal interaction with motor vehicles would make people safer.

“Helping more people to have access to a bike is vital and is training on how to safely ride and look after them.

“I think the more people that get on their bikes and are visible on the streets in their everyday gear, carrying their shopping, the more people will see it as an option and take it up themselves. I’m optimistic and there’s plenty of work to be done but I think the benefits of cycling can be life changing.

Bike storage is a social justice issue: here’s why